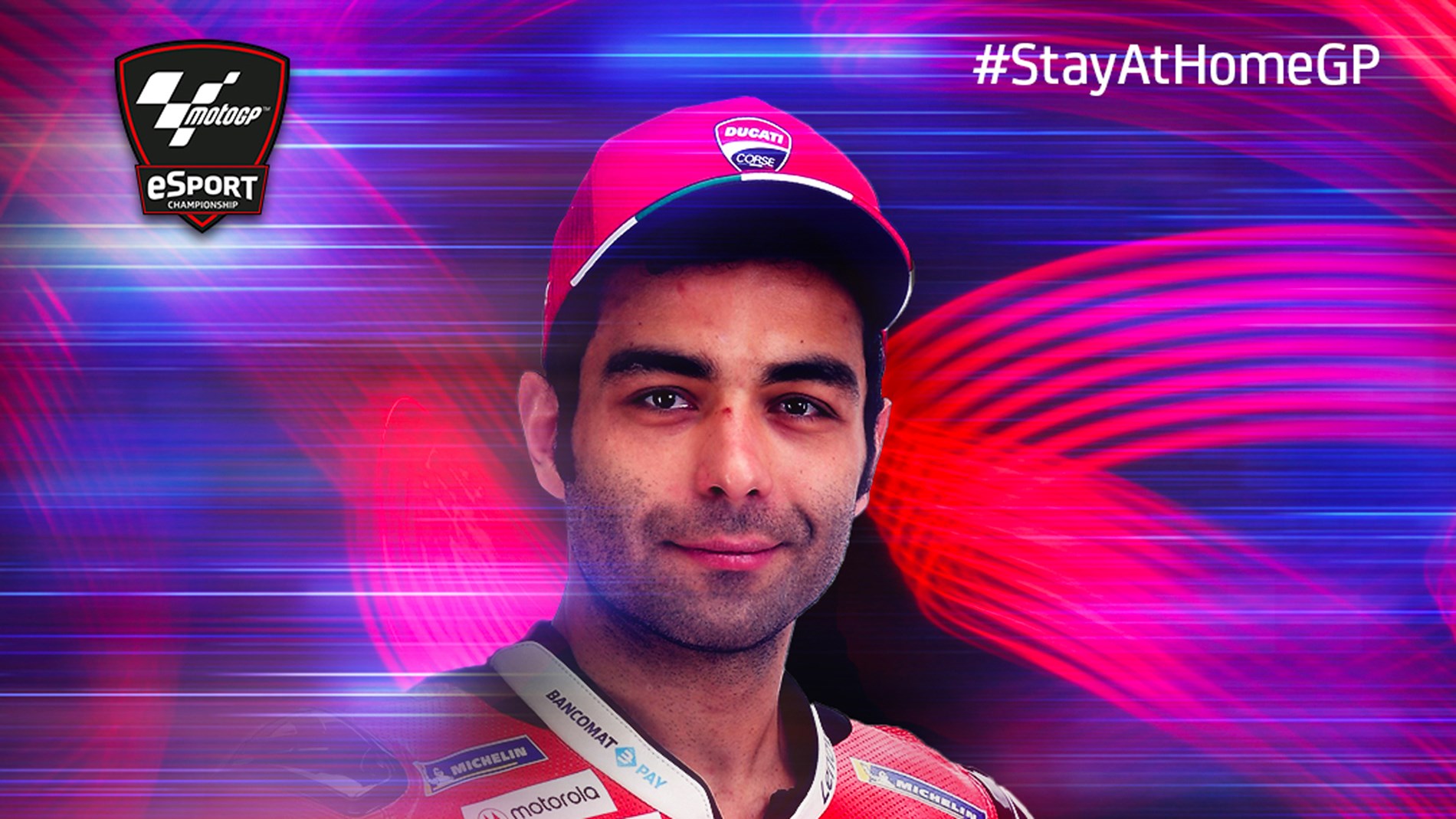 Petrucci and Pirro will be protagonists of the second MotoGP Virtual Race scheduled for Sunday, 12th April.

After the overwhelming success of the first-ever MotoGP Virtual Race two weeks ago, this weekend on Sunday 12th April 2020 at 3:00 pm (CEST) the event will be repeated. The second race will see ten riders from the top class battle one against each other with the MotoGP 19 videogame again.

Ducati official riders Danilo Petrucci and Michele Pirro are also ready to return in the virtual saddles of their Desmosedici GP bikes, as they will be both playing from their respective houses to defend the colours of the squad from Borgo Panigale.

The MotoGP Virtual Race II will be held on a 10-lap distance at the famous Austrian circuit of the Red Bull Ring. Before getting to the heart of the competition, a 5-minute qualifying session, in “time-attack” mode, will decide the grid positions of the riders. Apart from following all the action from the virtual race track, fans will be able to watch the riders challenging in the competition during the live broadcast.

The race will be fully broadcaster by the major TV stations around the world such as SKY Italy, Canal+ in France, DAZN in Spain, Italy and DACHS, BT Sport in the UK, ServusTV in Austria and Germany, OTE in Greece, SwissTV in Switzerland, SportTV in Portugal, Sport5 Israel, Sportklub in Serbia, MTV Finland, NBC in the USA, ESPN in Latin America, Trans TV in Indonesia and Fox Asia, amongst others. Moreover, the race will be available on the MotoGP e MotoGP eSport official websites, on their respective YouTube Channels and official Facebook, Twitter and Instagram pages. ”Taking part in the Virtual Race is not like racing on a real race track, but in this particular moment, it is nice to have such an alternative to being able to challenge my rivals! It is a different way to keep our competitive spirits high! The game is so realistic, and I am practising a bit these days. I even asked for some piece of advice to Andrea Saveri, our Ducati Corse eSport rider and reigning “virtual” MotoGP World Champion! I am sure it will be extremely entertaining, and I can’t wait to know how it will turn out”. Michele Pirro (#51, Ducati Team)
“I would have never expected that my first 2020 MotoGP race is going to be virtual! I’ve never been a big videogame player, but I will try hard to be able to get a good result on Sunday! I will try to live it is as a real competition, even if, for sure, it will be a strange situation for me, but at the same time, it will be fun! I can’t wait for Sunday to arrive to head back out on track “virtually” and celebrate Easter with all our fans, sponsors and technical staff. I am sure they will be watching the race from home!”