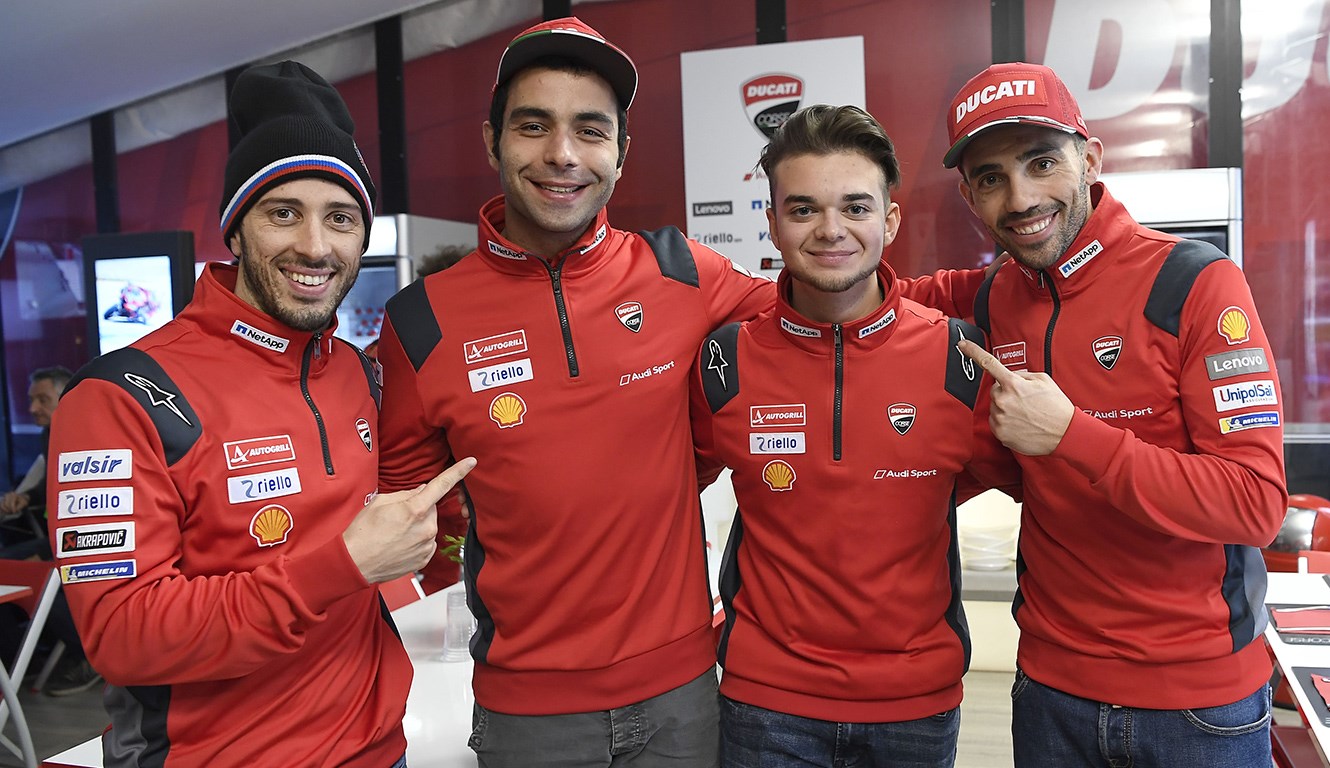 Ducati is pleased to announce the born of the official Ducati Corse team of eSport. The line-up of the new squad will see current World Champion Andrea Saveri, also known as AndrewZh, attempting to confirm the world title conquered last year, now as an official rider of Ducati Corse eSport.

AndrewZh confirmed yesterday his participation to the final challenge of the World Championship after finishing eighth in the "ProDraft" classification, and he will be part of a group of 11 gamers that will compete for the title this season.

It was quite natural that Ducati and AndrewZh were meant to cross their paths. Andrea was born in Bologna 19 years ago. He is a motorcycle enthusiast, he lives a few kilometres away from Borgo Panigale, and his family has always been "Ducatista".

Since his debut in the eSport, AndrewZh has always been a key player in all the MotoGP World Championship editions. In 2018 he classified third, and last year he finished first, controlling a Desmosedici GP bike, even if at that moment he still wasn't an official Ducati rider.

This year Ducati and AndrewZh's goal is to keep the world title conquered last season in the final meeting in Valencia. In the two races held, he was able to master the pressure put on him by his rivals taking the final victory with two points on the second classified. Apart from following all the battles on the screens, fans will be able to know more AndrewZh during the season at some promotional events organized by Ducati.

"eSport is an entertainment platform that has grown quickly during the last years: innovation, progress and technology are part of Ducati DNA, and that is why we have decided to commit in this new adventure. We were already discussing to officialize this relationship with Andrea before he became World Champion in order to be able to dress him with the official colours of Ducati Corse, riding a virtual Desmosedici GP bike, for the 2020 World Championship. Andrea isn't just an extraordinary eSport rider, but also a true Ducatista. He comes from Bologna; he lives a few kilometres away from Borgo Panigale, he rides a Ducati Monster, and that is for us an added value. We wish him good luck, and we can't wait for the new championship to begin".

"When the eSport World Championship began I wouldn't have imagined reaching a similar goal. Becoming an official Ducati rider and wearing the colours of the squad from Borgo Panigale is a dream that comes true. Especially for a youngster from Bologna like me, who is a big motorcycle enthusiast since I was a kid and that knows what it means being a Ducatista. Although it is a tough moment for the world, we were able to compete to decide the ProDraft of the classification, and it was not easy to gain access to the final challenge, as this year the level is very high. It will be a special season, during which I hope to be able to repay all the trust that Ducati put on me by getting good results".

We still don't know what will be the fate of the final 2020 calendar, as it is currently affected by the Covid-19 outbreak. The 2020 eSport World Championship will see four head-to-head battles between the gamers, each composed of two races.

Last year the three races of the eSport World Championship were shown by 15 TV broadcasters in 5 continents for a global audience of 64 million viewers (Source: Dorna Sports). Petrucci and Pirro will be protagonists of the second MotoGP Virtual Race scheduled for Sunday, 12th April.